The last few years has seen a big increase in the number of new housing estates going up in the area surrounding Collier Stevens’ Hythe and Chislehurst offices. This isn’t just a localised phenomenon. It’s happening across the UK. We are often asked why a building survey of a new build home is worthwhile.

More often than not, when someone buys a new build home the idea of having a survey seems silly. After all, it’s brand new. What worries me, is the number of people who don’t realise they ought to have a qualified chartered surveyor take a look and conduct a homebuyer report at the very least.

When people choose to buy a new-build house, they’re buying into something they feel won’t need any work doing to it. The roof won’t leak, the gutters will be perfectly sealed, the bathroom and kitchen are the latest designs, windows and doors are perfectly fitted, the electrics and plumbing are as up to date as they could possibly be.  And, the home has an NHBC guarantee should anything go wrong.  It all sounds ideal – you would think?

What could go wrong? It’s brand new and won’t have anything wrong with it. So you don’t have to fork out for a building survey either. Or do you? 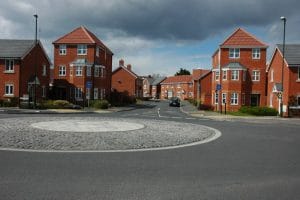 What can building surveyors find on new-build house surveys?

On the occasions when wise homebuyers decide to undertake a survey we regularly find all sorts of problems on new-build homes.

It’s an obvious one, but we almost always find snagging issues where a job just hasn’t been finished to the standard it should. I expect many of the homebuyers spot a lot of this too – after all, you want a perfect finish. Some of the faults include:

But our surveys have also found more serious issues, that could lead to problems with damp, ventilation and insulation, as well as have safety implications in your new home, are:

And these are just a few of the real examples that we have seen.

Whatever happens when you by a new-build, try to get a set of the construction plans for your home, as well as the ‘owners handbook’. These have far more detail in them than the handbook will. They offer more guidance to anyone looking to resolve any issues you might come across after you have bought your home. All developers will have a “customer care” package, well, take it form us that quite often the “care” is hard to get and the “customer” gets overlooked. We are currently dealing with a defective floor that the developer agrees is defective but refuses to repair as he is “not required to”.

Sometimes Collier Stevens are retained to monitor the house through the build process. However, that can’t always be arranged as developers are reluctant to allow third parties onto their sites for valid health and safety, and insurance reasons.

Perhaps your reason for not having a survey is that you have a NHBC warranty on your new home and feel that that is good enough for you. After all, if something does go wrong with it, you are protected right? Well, no. Unfortunately, you cannot rely on this.

The NHBC warranty is a form of insurance. It is supposed to compensate home buyers or fix any faults in the new property if there are problems within the first 10 years.

However, many disputes have arisen between home buyers and the NHBC. It’s notoriously difficult to make a claim stick and there’s very limited cover (despite what they say) after two years. Too often, many home owners get a surveyor involved at this stage, rather than before they bought their new property. In our opinion, you should not rely on the NHBC warranty as being an indicator that the house has been properly built and finished.

A simple search on Google for NHBC warranty problems will find lots of examples. We have many ourselves, but that’s a blog in itself. Watch this space.

Finally, a word of advice before you even think about buying and getting the surveyor booked in… Buy a house that has been completed mid-way through the development (if of course, it’s on an estate and not a single new build project).

A development site is essentially a factory. The first houses are prototypes, no matter how well planned and as with any prototype there are details and pieces that may not work as well as they should. So, avoid buying one of the first houses in a development. 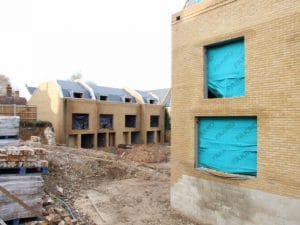 The houses built at the end of the building development may have all the problems ironed out, but the developer is often running out of money by this time, keen to sell, and the tradesmen on site have fitted 150 kitchens the same and can’t wait to move on to the next job. The last houses to complete are often rushed. Corners might have been cut. So, avoid buying the last houses in a development.

That said, regardless of which you buy, it’s always worth having a building survey of a new build – Collier Stevens looks at a house, not a home.