The Party Wall etc Act grants a building owner wishing to undertake building works a number of rights including a right to build on the line of junction, raise, repair and otherwise work upon a party wall or party structure and to excavate within a set distance of a neighbouring property. In order to exercise those rights, a building owner must serve notice on affected neighbours and give the neighbour an opportunity to consent to the work or otherwise to have a party wall agreement, known as an award put in place.

Where a building owner starts work without serving the required notices an affected neighbour may seek an injunction preventing works from progressing until the procedures required by the party wall act are correctly concluded. 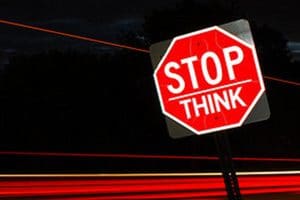 Some time ago we were asked to advise a building owner who had received an injunction and been forced to stop his work. In this case, the work involved the demolition and reconstruction of a wall adjacent to a boundary. Before starting work they had verified with us that no notice was necessary and progressed.

The neighbouring owner was adamant that a notice should have been served and so proceeded to apply personally to the court for an injunction which was granted. It later transpired that they had done this without taking professional advice. The building owner challenged that injunction and, with our assistance in court, was successful in demonstrating that the provisions of the Act did not apply. At the final court hearing, the adjoining owner quickly conceded the issue having eventually taken their own advice from an experienced party wall surveyor.

The outcome, although pleasing to the building owner, who I was representing, was bad for the neighbour. Having accepted and conceded that the party wall act did not apply the injunction was immediately withdrawn and they became liable for all of the building owners legal costs, losses and damages. These included the delay costs to the project and the abortive costs of the contractor laying off his workers – the total coming to a significant five-figure sum.

These were not wealthy professional developers and property companies, but ordinary residential neighbours. It was quite clear that the neighbour was somewhat shell-shocked by the outcome, clearly never having anticipated such substantial sums could be awarded (and enforced) against them.

What is demonstrated by this sorry tale is the absolute importance or checking with a party wall surveyor first. Then, if an injunction seems appropriate engaging a lawyer and taking their advice is highly recommended before taking injunctive action personally. Had the neighbour made a 10-minute phone call to each of these experts first, they would have understood that the injunction was likely to eventually fail and that to progress would be an expensive folly.

We cannot stress enough the importance of checking with and engaging appropriate professionals to advise you and to apply for injunctions. Mistakes can be costly.

If you are in need of party wall advice call our surveyors on 020 8295 1200, get a quote or complete the quick enquiry form below – leave your number if you want a call back.